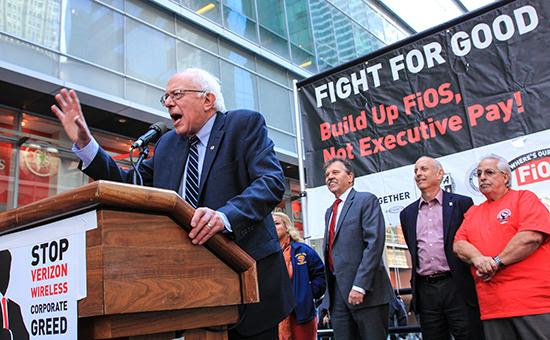 Washington, D.C. -- Citing the need for a candidate who will break with politics-as-usual and fight for America's working people, the Communications Workers of America (CWA) voted Thursday to endorse U.S. Senator Bernie Sanders for president in the 2016 election. With 700,000 members, CWA is one of the largest unions in the U.S.

The decision followed a 3-month democratic process, including hundreds of worksite meetings and an online vote by tens of thousands of CWA members on which candidate to endorse.